Not sure if it should be green roofs or rooves, but anyway, we now have four of them. Work started a few weeks ago on a bin store, bike store and two log stores. 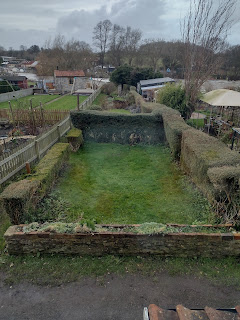 The idea was to hide all of these stores behind the hedge and Darren took down a fence at the bottom of the garden, and reused all of the wood to build bases. An old door or two were cut down for the roofs and I filled them with soil and gravel to make the green bit. 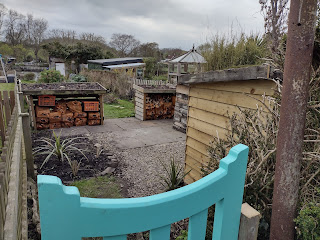 It's all starting to grow and I have been finding 'treasures' to put in amongst the plants. These include a fossil of an ammonite, part of a very old glass bottle and a tile from the old brass mill that says '14" and 12" right oven' on it, whatever that might mean. I showed it to Wendy from next door and unfortunately we both agreed that it looks like a mini gravestone. 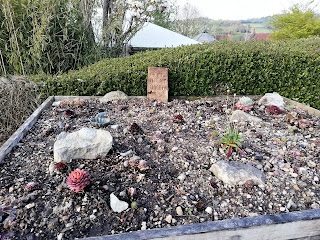 I think that it will blend in a bit better as the plants grow, so will post another picture in a couple of months or so.

I also have plans to put a door at the end to add an air of mystery to the end of the garden, something a little like this. 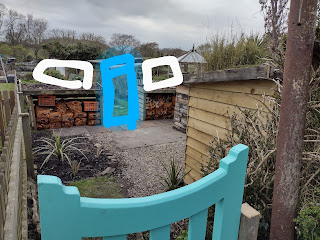