We thought that we had solved the damp floor problem by moving the kitchen sink, however, when we got back after two weeks away it was still as damp as ever.

We then decided on the idea of digging up the floor to see what we can find. 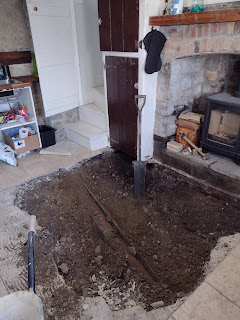 Well, we now have a big hole in the floor but are non the wiser about the damp. The only thing we do know is that the pipe to the old sink did not leak after all!

Next issue - a big pile of rubble in the garden. My brainwave was to dig up the very sad looking rockery at the bottom of the garden and make it bigger and higher. 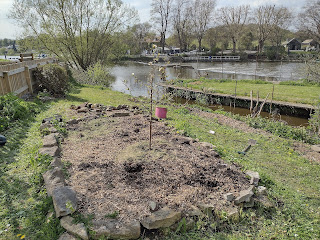 I had collected lots of stones, bricks and rocks from around the garden, so I started again. 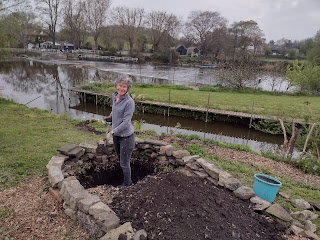 It worked well, if a bit wobbly and the next bit was the hardest. I had to dig out the existing soil, back fill with rubble to raise the level and then put the soil back on top. I was doing nicely with my trusty lady spade, but progress was slow.

Darren watched from a distance and offered advice and encouragement. Top of the list was getting a bigger spade.

Next thing I know he bought a man size spade for himself and got stuck in for the whole afternoon. 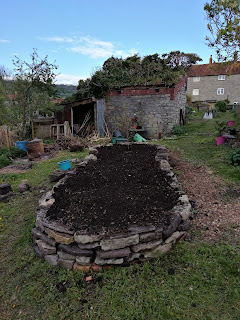 Result - rubble gone and a lovely new flower bed to plant, but still a damp kitchen.