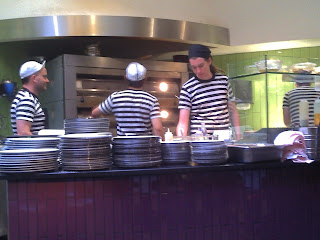 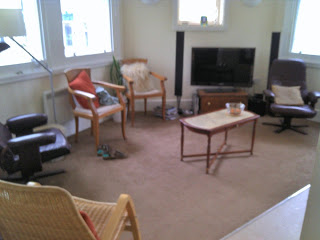 Really stuck for Orange Wednesday this week. Decided to try Batman even though it lasts nearly three hours, as the other options seemed even worse.
I suggested we buy the tickets on the way to dinner but Daz said we wouldn't need to as it's been out for ages.
Went to Puzza Express first for dinner and sat near the chefs area. Quite interesting watching them as they were dressed like convicts and Darren thought they looked worryingly greasy, but they made a couple of great pizzas.
Got to the pictures with 10 minutes to spare. Massive queue and it turns out Batman is sold out.
Can't say I am too upset. Sitting at home now in our little living room with my feet up. Planning on watching a Tom Cruise film on the BBC at 8.