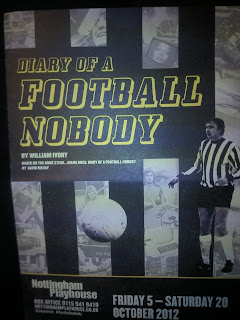 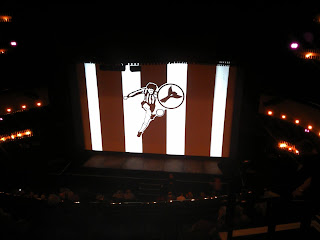 We went out to the Playhouse tonight instead of the pictures and had a really good night watching a play all about how unglamorous it was being a footballer for Notts County in the 1970's.
At that time the players earned about as much as a foreman at Players or Raleigh and some of them even worked as milkmen in the close season.
Great music, Barry White, Susi Quattro and Paperlace and loads of references to all the old Nottingham pubs, clubs and shops. (The Flying Horse, Birdcage, Paul Smith, etc)
There were loads of supporters in the audience who got all the player jokes, so they weren't really nobodies tonight.