Saturday night out in London. We went to the Royal Albert Hall to hear the concert of Carmina Burana by Mr Orff. I know that we have been here before, but what a fantastic and magnificent building. 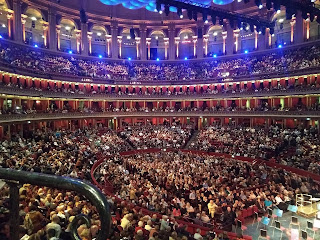 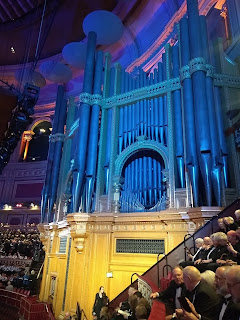 The concert featured a choir of 400 people, and our seats were in the West Choir section. We had to make our way past about a dozen dinner jacketed men and they all had to stand as we took our seats right next to them. They were surprised that we were there and were joking about giving us a song book.
The first half was musical instruments only and then they left us to take their seats right behind the orchestra. 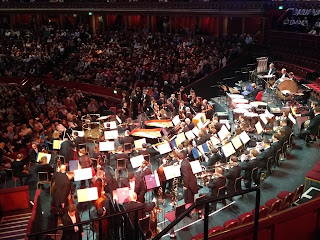 We expected to be on our own for the second half, but no, 200 ladies had all materialised and took their place, and yet again we had to make them all stand as we got to our seats.
The concert was great and literally, we were right in the middle of the action. 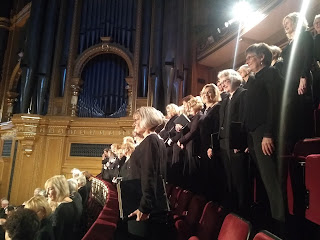 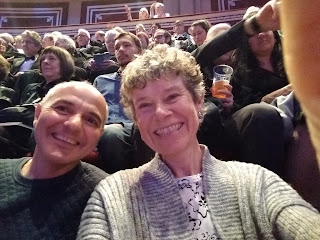 Afterwards there was a frantic dash with S and P to the train station, but we made it with five minutes to spare and arrived home just before midnight.
Posted by Christine at 12:03