Cromford and the Middleton Incline

We drove into Derbyshire for a hike in this lovely weather. Daz had found a great circular and we parked next to the canal at Cromford.
Unfortunately we set off in the wrong direction and spent nearly an hour lost in the hillside above the town. We realised that we should have started off by walking along the canal in the opposite direction, but we managed to get on to the right track by climbing a few farm gates, hiking round the side of a few fields, and climbing a wall to avoid a herd of cows that were guarding the right route. 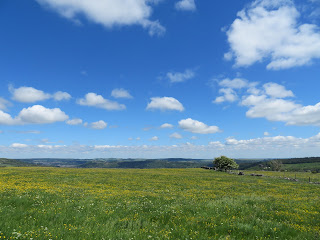 Once on the route it was plain sailing and we had great views of the countryside. 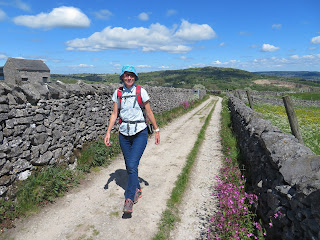 We then arrived at the top of the Middleton Incline which was a section of railway line that ran up and down the hills of Derbyshire. It was so steep that the waggons had to be hauled up by ropes and pulleys. 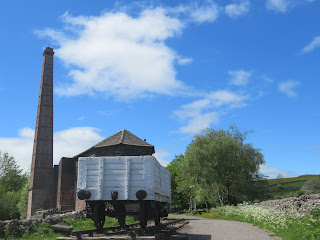 We followed the old railway route and learned that one of the local quarries supplied the rock for over 120,000 headstones for soldiers killed in the First World War, and they were all carried down on the railway waggons. 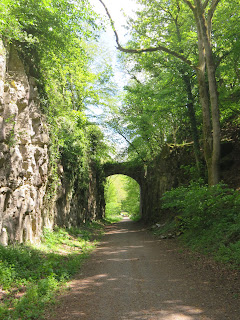 At the bottom of the hill in Cromford is a metal Catch Pit that was used to catch run away waggons, and there is the remains of one still inside it from 1903.
Lastly we walked back along the canal to where we had parked our car, and we had four minutes to spare on our four hour pay and display ticket. 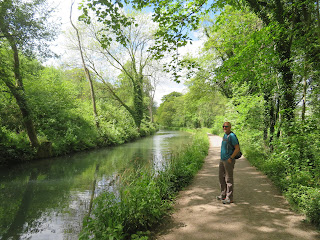