We have moved to a hotel next to the river and are right next to the fountains and the Masjid Jamek mosque.
Every night there is a lights and fountains display, along with loads of steam that ideally makes it look as if the mosque is floating on a cloud, but sometimes almost completely hides it.
We watched the show last night and it was really good. It was a shame that we were almost the only people there, but nice music and it ended with the theme from Star Wars and Adele. 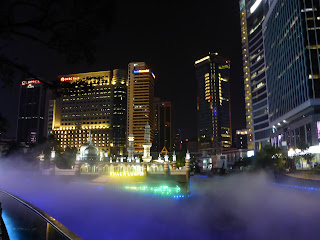 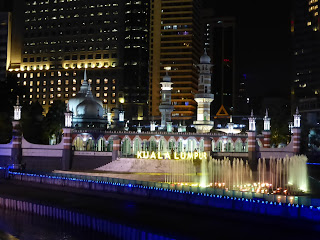 We have also been to the KL visitor centre which has been completly redesigned since our last visit. They have some great interactive stands, one of them being a collection of waist high skyscrapers. 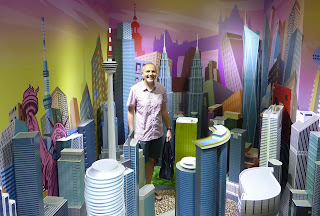 The Malaysian Open badminton tournament has also just started and we found a cardboard cut out of the great Lee Chong Wei. Unfortunately he isn't competing this year due to illness, but we had a good time watching the matches and hope he plays again next year.
We saw the English pair of Ellis and Smith beat a Malaysian couple. It wasn't a popular outcome for the local audience and we were the only two people in the whole stadium who clapped when they won.
We are going again today to watch the next round, and they are the only English players to get through, so fingers crossed for them, and us later. 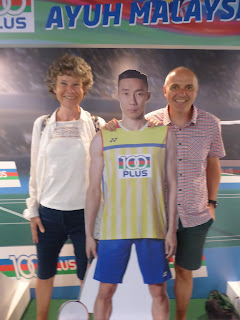