Four days of unbroken sunshine, and full days of fence painting, but it's now finished!!

Just in the nick of time too, as the temperature drops tomorrow so the paint would be too cold to dry. I have also painted both gates at the front of the house, and the bird box on the pergola. 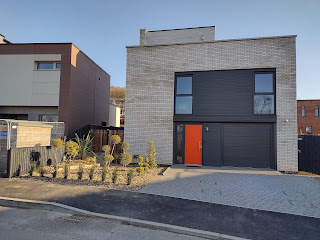 The lovely weather has done wonders for the garden. It was only about a week ago that I was thinking that none of the crocuses around the pond had survived the winter, and then within about two days they all popped up. 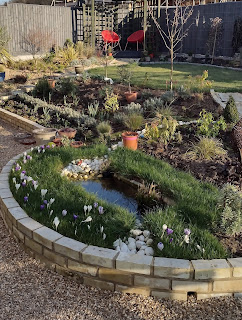 Within a day about half a dozen bumble bees had arrived and they were all landing on the petals and burrowing head first into the pollen. 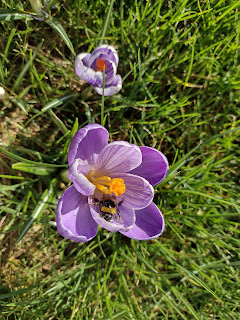 They are a bit too heavy and the flowers rock about dangerously,, and it gets even worse when two of them accidentally both land on the same crocus.

Good news on the goldfish front, we definitely have five babies, maybe more, and I am sure that they are too big for the other fish to eat them.

Finally, Darren has planted the basin that we used in the outside toilet, and it is now officially a bird bath. 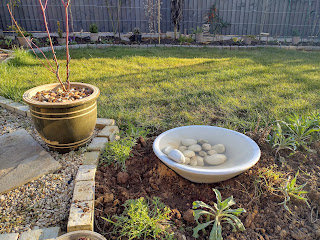 Disappointingly, there are very few birdy visitors to our garden, although as I think the quote goes, 'if you build it they will come', or something along those lines.