Darren got out the chop saw to start on a new garden project. 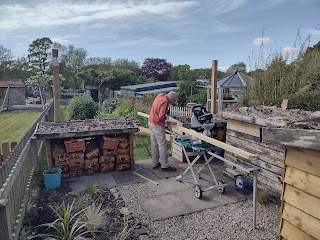 The plan is to make the pergola that looks like a doorway with windows on either side over the wood stores. It could be a bit like the house on the old Play School TV programme, but we aren't having a round window - well probably not.

I have an idea in my head of what it will look like, and fingers crossed that it works out. 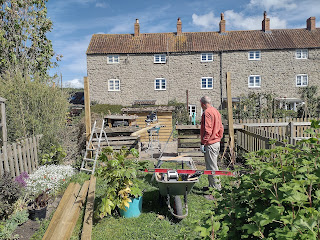 I originally had a plan to put a real door in the gap and we found a great second hand one online, but we are now using that elsewhere, and it perhaps it was a bit over the top anyway.
After about three hours, and with some nice cut out shapes in the posts, then this is what we have. 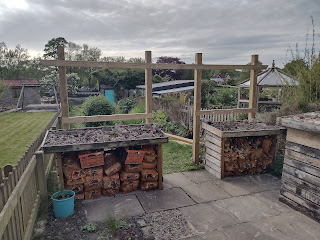 It needs some more posts, then painting and climbing plants growing up it, but so far I like it.