Latest front and back shots

Right at the beginning of the build I started off by showing front and back photos of the plot.
We are now eight weeks into the build and this is how far we have got. We have slowed down because we lost a few days to the weather, but still moving on. 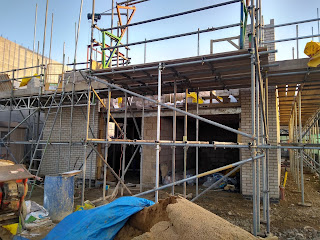 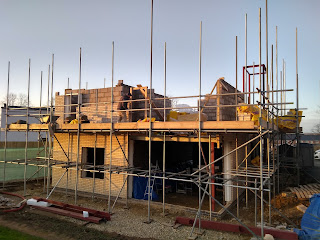 We have also solved our ongoing problem with the extra steel beam. I managed to get it designed by the structural engineer, then got it made by the fabrication company in Nottingham, but I was completely stumped as to how to get it to our site.
The trouble was that it is 4.5 metres long and the longest van that it is possible to hire is only 4.2 metres.
We tried courier companies but they also only used 4.2 metre vans so couldn't bring it.
Removal companies had big enough vans but they came with a huge price tag.
In the end I found a company that hired flat bed vans with idea that we could rest it up against the back of the cab, sowe hhired it and drove up to fetch it. In the end it actually easily fitted across the base of the van so was much easier than we expected. 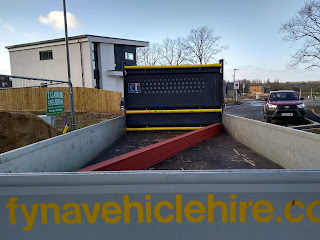 It's probably the smallest load ever moved, but at least it's done.