We had another run in with the scaffolder on Monday, and when I asked if we could pencil in the another scaffold lift he had a tantrum and said that there was no chance until the 6th of January as he was incredibly busy.
It was very annoying, but we had no choice, and since then we have lost a lot of time anyway because of bad weather.
Imagine our surprise when he turns up today and tries to spin it that he is doing us a favour by lifting the scaffolding now.
The only trouble is that we aren't ready, but that didn't put him off, so he has done half of it. 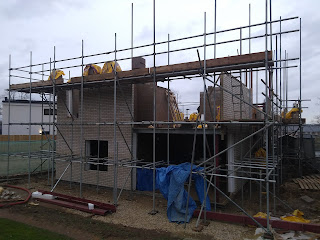 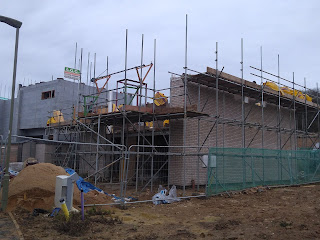 Trevor is sure that he is going to turn up tomorrow to do the other half, but we still won't be ready.
I am sure that he has some major anger management issues, so I am expecting some fireworks.
Posted by Christine at 09:42