Such an exciting night last night. The Graven Hill development company entered our house into the Build It magazine awards for 2021. A couple of months ago they sent round their photographer to get some good shots and filled in the application form for us.

A few weeks ago we found out that we had been shortlisted, and that the winners would be announced at an Oscar style event in the Bankside Hilton in London!

Graven Hill had a table for ten that was paid for by the architects who design the groundworks for the development.

Everyone on our table was lovely and was there to cheer us on, as well as Dave, another resident entered into a different category to us.

All of the drinks were paid for and lots to go round, and the dinner was great too. 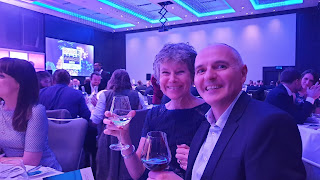 Half of the awards were announced before the dinner, but we were on afterwards. The room had definitely got more rowdy by the time our Best Brick House category was announced....... 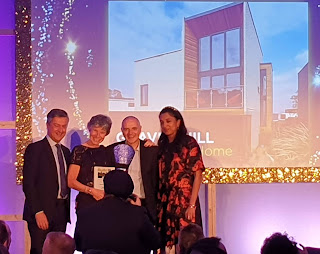 We went up to collect our prize, and to have many photographs taken by the official photographer that I am guessing will appear in the Build It magazine's next issue. 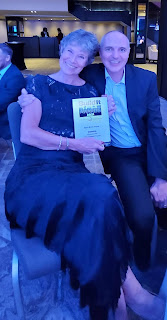 Back home now and we are not cool enough to put our trophy in the downstairs toilet which is I think what a lot of Oscar winners do, and it already has pride of place on the bookshelf in our living room.

The magazine have issued a full list of the winners on line, and it's not that I am not pleased for them too, but here is our photo. 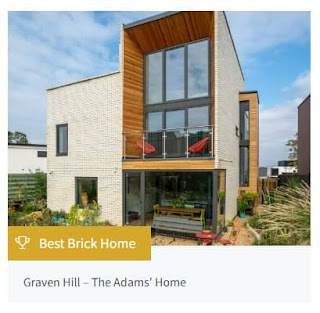 Prepare yourselves as I might go on about this for quite a while.