What is a run streak you may well be asking. Opinions regarding distance may vary, but in our friend Mike's opinion, it is to go out for a run every single day and cover a minimum of five kilometres each day. In fact he has done much more than that and has averaged ten miles per day for the last 3,650 days!! 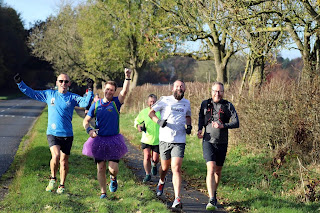 He is second from the left wearing a tutu, and lots of his runs were in fancy dress.

Our morning started with a quick trip to Cleethorpes sea front to see the sunrise over the dunes. 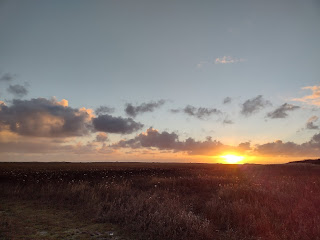 Then a McBreakfast followed by a quick drive inland to Caister to meet up with Mike and his gang. He is a great inspiration to many runners and Caister Running Club were out in force, along with various visiting friends. 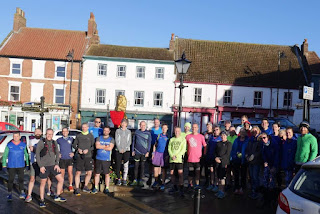 At exactly ten am we all set off to run 10 kilometres around Caistor, and we followed the route of the Caistor Sting in the Tail run that we did in 2018. 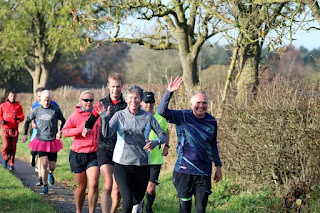 Fortunately for us it wasn't a race this time, as there was some seriously good runners in the group. We all jogged cheerfully around chatting and stopping occasionally to make sure that everyone stayed together. 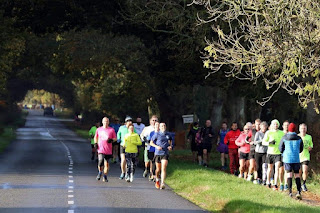 Mike and a few of the others had spent the weekend running a marathon on both days at a local event called the Maravan where competitors ran laps of an out of season caravan site in Cleethorpes. No, we did not enter that even though we happened to be very close by.