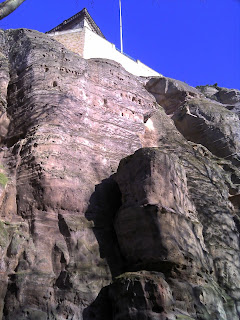 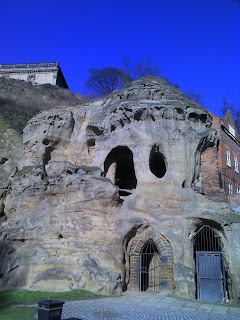 - nearly always a disappointment to the first time visitor and locals alike. It is no longer an actual castle as that was burned down in the olden days. It has been replaced by a stately home.
It is a very pretty stately home, but it has a massive reputation to live up to, and it does struggle.
How many other castles in the world are as famous as ours, but I think it highly unlikely that either Kevin Costner or Errol Flynn came here on location during filming, which has added to the misconception.
Having said that though, it does sit on a fantastic rock - sandstone I believe - which is often unappreciated.
Walked past it on this lovely frosty sunny morning when I went out to buy a newspaper and sundry other items that I neglected to purchase earlier in the week.