PB for Daz at the Parkrun 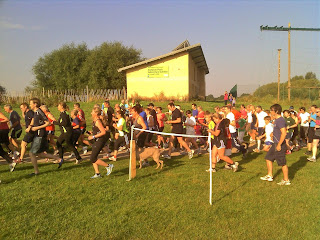 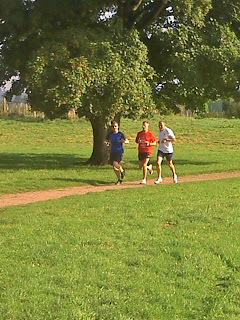 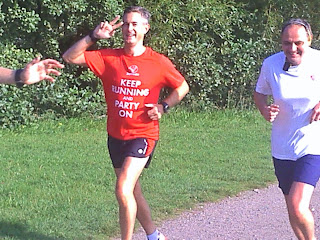 I copped out of running this morning as I have aggravated my Achilles injury slightly in an historic near win at squash earlier this week. I was 5-1 up in the fifth game against Jim when we ran out of time.  And it doesn't get much better than that.
I went along this morning as official photographer and Darren ran with Mike and one of his mates. Apparently he started too fast, then slowed down too much. They then took charge and dragged him round the last half while they chatted and tried to encourage him by running backwards in front of him yelling suitable phrases.
You can see from my close up that they looked a bit more cheerful than Daz (although only Mike's hand is in shot).
He finished in a brill time of 23.55 minutes.
Ps, accidentally deleted the shot of them crossing the finishing line :(