Skagway - gateway to the Klondike 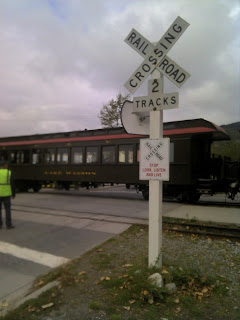 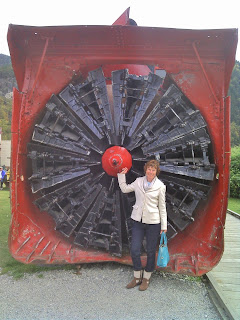 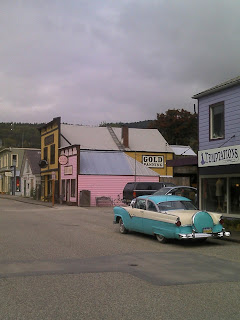 We are as far north as we are going now, in the gold rush town of Skagway. I think it only still exists because of tourism from the cruise ships and everything nowadays caters for the soft tourists.
You can pan for gold in troughs and they heat the water so you fingers don't get cold.
The town is only three streets wide and has a railroad that was built in 1898 to help the prospecters get to the Klondike.
I am stood in front of the massive snow clearer that was in service until 1964.
Thought about taking the scenic train journey but it cost $125 each for 40 miles. I thought trains in England were the most expensive in the world per mile, but maybe they haven't heard of this place.
Very nice though.