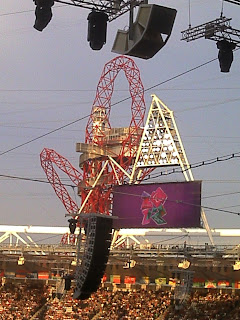 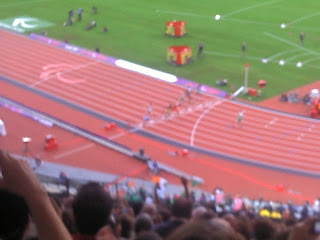 Final review of this afternoons equestrian. Daz decided to keep his run streak going so put on his trainers and ran around Greenwich Park while I read the Metro. I also had a real good go at concentrating but I could still not work out which horse was better than the others.
Back now at the stadium and have bought some wine. For lunch today we surprisingly bought a baguette and a bag of grated cheese from a Coop and there is quite a lot left.
We have a really good seat tonight near the finishing line and have just seen Jason Smyth from Ireland break the 100 metres for the sight impaired. 10.46 seconds.
Oscar Pistorious is on later. How exciting.