Final Olympic round up 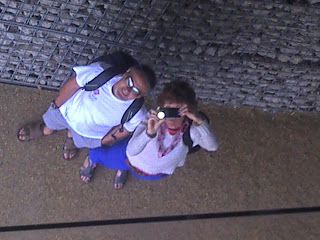 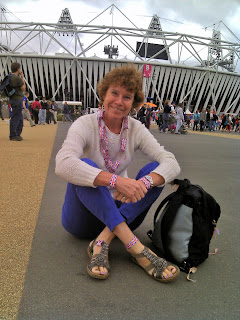 We struggled a bit with the swimming as we were so far away, however, towards the end of the session people started leaving early and we moved down into empty seats nearer to the front.
For the last race we got really far down the slope and saw the 100 metres relay.
Team GB were trailing to Australia but in the last leg they started to pull back and the whole crowd were on their feet screaming and clapping - it made the hairs on the back of my neck stand on end.
GB won it and the noise was unbelievable. It was worth going for that on it's own.
We then went for a little walk as the whole Park is beautifully landscaped and I took an experimental photo of us both on the mirrored ceiling under a bridge.
On the train now back to real life.
Posted by Christine at 09:51