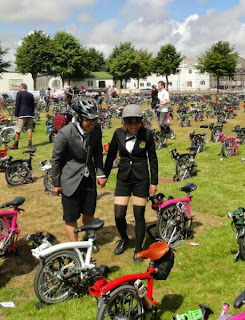 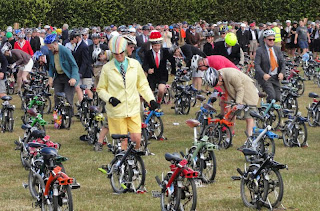 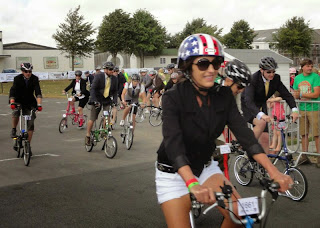 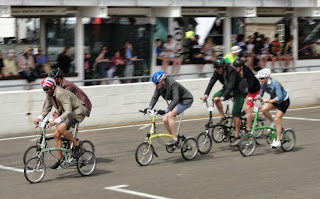 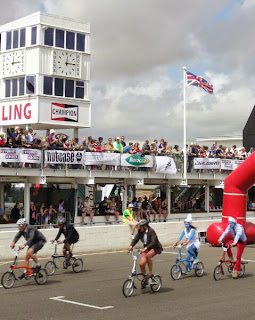 Went to the Brompton World Championships this morning at Goodwood. There were over 750 competitors and the main rule is that a collar and tie must be worn, although it was a great excuse for most people to dress up.
There is a running start to the bikes which need to be unfolded, then pushed to the tarmac, before being mounted and cycled four times around the track.
There were four waves of cyclists with 90 seconds between them, so it ended up with people all over the race track.
It was a fantastic atmosphere, and who knows, maybe Darren will enter next year.