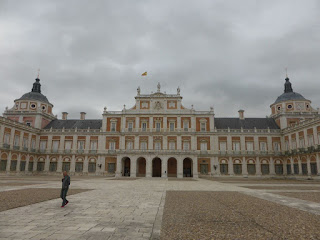 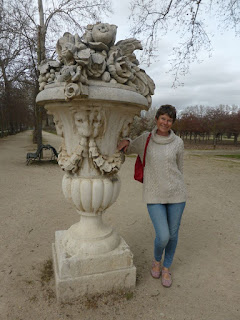 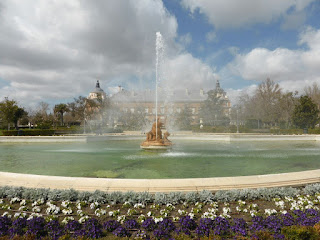 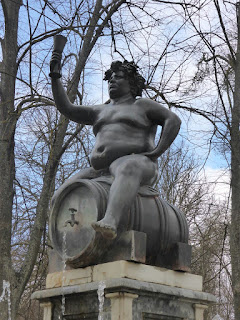 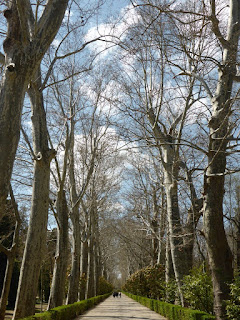 We have driven through Spain to Aranjuez, which is a town about 30 kilometres south east of Madrid.
It used to be a royal town, and in the 18th century the King and Queen spent each Spring here.
There is a huge Palace in the centre of town that is surrounded by beautiful gardens.
It seems that no expense was spared, and the interiors are incredibly ornate and imposing. Unfortunately, photos weren't allowed, and as it was very quiet when we visited we were closely followed by security guards, so couldn't sneak even a single image.
We also took a look at the royal barges that have their own separate museum. Apparently the royal family used to go hunting along the river, shooting game on the banks without even having to move from their cushioned seats. They also had a barge that followed closely behind them that was filled with musicians, so that they could listen to the latest tunes and operas as they floated along.
Think of it as being just like an expensive in car hifi system.
Ps, they had some interesting tastes in statues and photo four shows Bacchus, possibly the god of gluttony and drinking, having a very nice time.