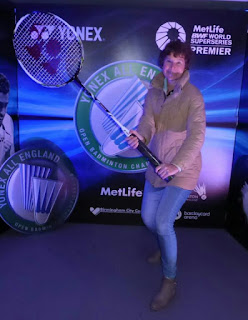 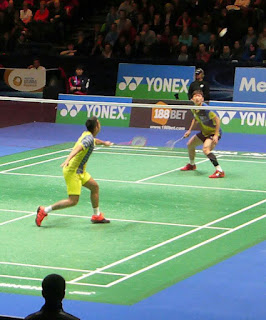 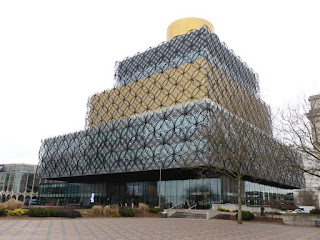 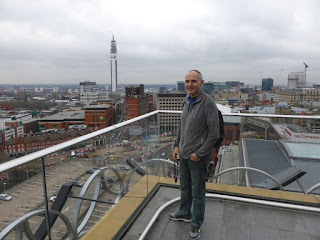 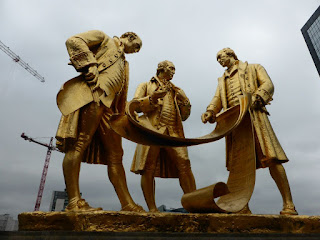 We spent the last two days in Birmingham.
Most of the time we watched the All England badminton tournament and cheered on the very few English competitors.
I borrowed a giant racquet, and stood about hopefully, but all of the players turned up so I wasn't needed as a last minute replacement.
We cheered on both the first and second seeds in the men's singles competition and, in a bombshell result they both lost, so maybe we were an unlucky omen.
We also had a bit of free time this morning, so went to visit what is supposed to be the biggest tourist attraction in England, (outside of London). Apparently it attracted 1,800,000 visitors last year so we wanted to add an extra two for this year.
It is called the Library of Birmingham, and basically it was large building with a lot of books inside. What more can I say!! Well I was hoping for more.
We were in and out in 27 minutes and that included a lot of marching up and down stairs. There was a glass elevator, but it was out of order, escalators awaiting repair and a secret garden requiring pruning.
We didn't look at the books - perhaps we got our priorities wrong.