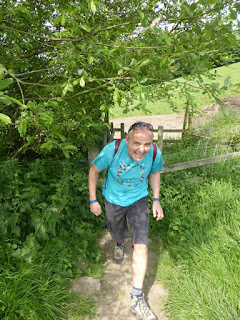 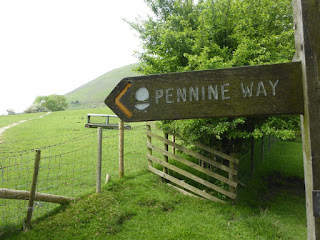 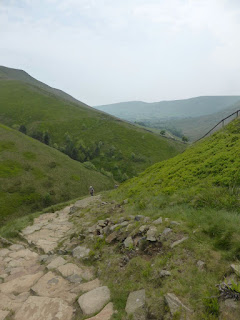 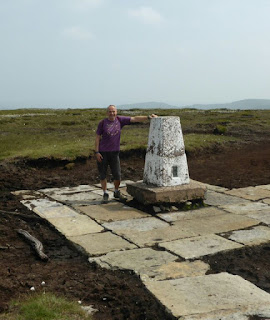 We set off on quite an expedition today, and I ended up walking 31,500 steps.
We started by heading over the hill from Castleton and down to Edale in the next valley.
From there we picked up the Pennine Way and followed it through beautiful countryside to the bottom of a huge hill. The only sounds along the way were birds tweeting, sheep baaing and then a stream splashing rapidly downhill in a rocky bed.
There was a tiny bridge over the stream and then a set of rock steps heading up the side of the mountain. They are known as Jacob's Ladder and was built by a local guy for the packhorses that used to carry goods across the Pennines from Manchester and Liverpool to Leeds, Sheffield and beyond.
Jacob also owned a rest stop at the bottom of the hill, so his ladder and bridge were probably very good at attracting business.
By the time we got to the top I was pretty tired and Daz found a nice flat route home along the top of the hills through the peat bogs. We were very lucky because everywhere was nice and dry so the peat was pleasant and springy.
Also, some kind people had just built a rocky path for parts of the way so we just followed it to our destination. I imagine on a foggy, dark, muddy day up there it would be very different, and horrible experience.