Yesterday we took a trip to Bournemouth, mostly because we were interested in buying a studio flat, but also to enjoy the sunshine on the beach. 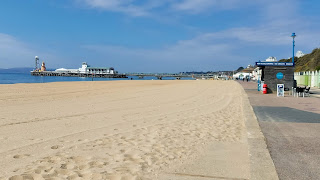 Obviously we had to have a 99 which was big, but not quite this big. 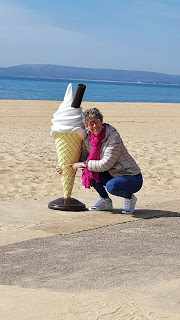 We had a nice time walking around and did 27,000 steps so we covered a lot of ground.
With regards to studio flats, we saw one that Darren liked but I didn't, one that I sort of liked even though it was grotty and Darren didn't. Another that was terrible and we both didn't like, and finally a totally derelict old bank that is being split into flats. 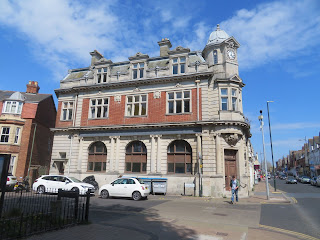 This one was quite exciting and the top floor had a clock room. It was a round tower room with the back of a clock and a load of mechanism to wind it up, and on the outside is the clock. Think of it like a tiny Big Ben. 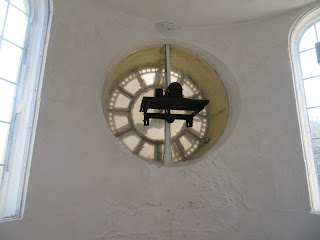 Anyway we aren't burying that either.
We carried on enjoying the lovely beach views and then on the walk back to the car saw this wall. 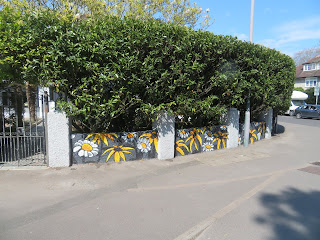 I have taken lots of photos as I am going to try to copy it on our roof terrace at home.
After a lot of thought we have decided that a flat in Bournemouth is not for us.