It's very rare that I open the blinds in the morning and gasp in surprise, but I did today. Not Mount Fuji on the horizon, but snow, in our garden in the middle of April. 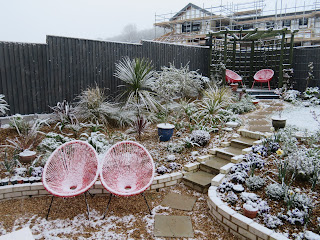 It was snowing quite hard, but as I was drinking a coffee I realised that it wasn't lasting long, and by the time I took some photos the world was no longer quite as white. 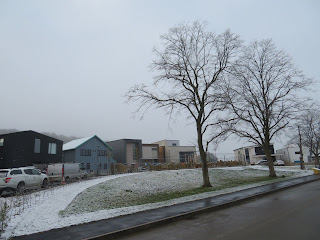 We were out early though and we had an exciting destination in mind. Bicester Village has been closed since last year and it was opening at 8am, and we wanted to be there to witness it.

We were slightly delayed along the way as the train crossing was closed, but we arrived at about 8.04am and we were just about the first shoppers at the station end. 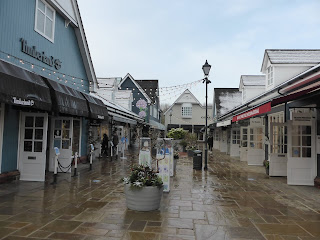 We walked the whole length of the village and the crowds were pouring in from the car park at the other end. 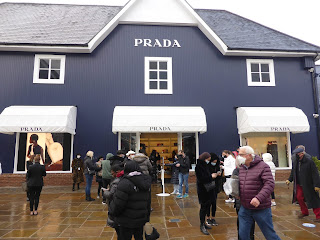 I bought some glass cups from Villeroy and Bosh and Darren got a whole new outfit including shoes from Timberland. It felt great to buy some non essential items in real life instead of ordering them online.

We were back home by half past nine and all of the snow had disappeared. The flowers in the garden recovered well from the shock, and I think that we are going again tomorrow. 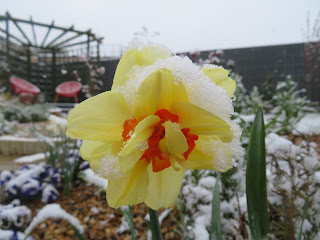