A lovely walk today, but firstly a quick funny photo from yesterday.

Darren's two great nephews visited and opened their belated Christmas presents, which were crocodile and shark cardboard masks. They wore them all afternoon and after the shark tried to eat our fluffy nemo fish puppet, they then decided that the crocodile would eat the flowers in the garden. 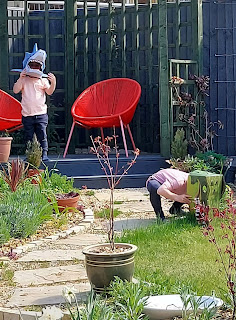 But getting back to today we parked in Kirklington village which is just a few drive minutes from our house. We walked down to the end of the village where there is a quarry although it is now disused and someone has made a maze in the base of it. 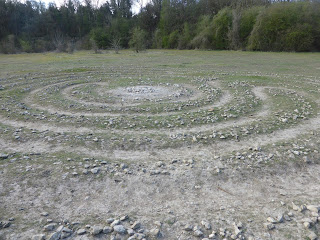 Just beyond the quarry is a canal that runs next to a river and railway line. 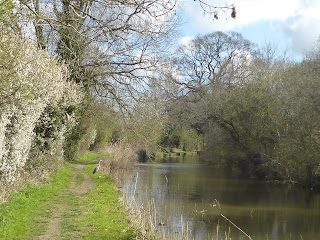 We walked along it for about five kilometres and then through Heyford village which has a large narrowboat marina. 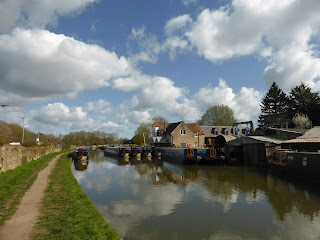 We walked up through the village and then back over the fields. 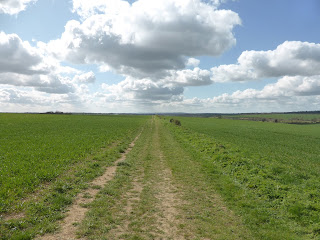 We walked back to Kirklington through a very tidy farmyard and then along a magnificent driveway with fancy fields on either side. There was some elegant horses in a few of the fields and I decided that in the extremely unlikely event that I ever owned a horse or donkey, then this is where I would like it to live.

At the end of the driveway we exited via a good looking gate and found out that we had walked through Kirklington Stud Farm. There is also a polo field in the village so that explains the amazing stabling.