Yesterday we had a lovely bike ride with Susan to Haddenham for lunch at a garden centre. 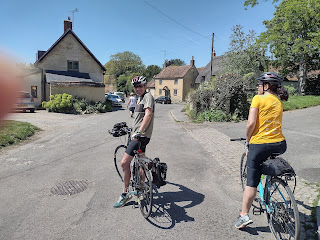 It was a long way and I was worryingly tired by the time we got there. A decision had to be made, did I have an refreshing sounding bottle of cider with lunch or resist? Thinking that it might affect my efforts on the way home I decided to resist, but then Darren ordered one so I immediately changed my mind.

Was it the cider or would it have happened anyway, but on the way home we were both shattered. Susan shortened the route back and kept waiting for us, and we just managed to drag ourselves home. Once back I went straight for an afternoon nap and wasn't back to normal for hours.

All good this morning though, so we caught the train to Oxford for a walk around the river and the city. Another beautiful day and a nice 13 kilometre stroll. 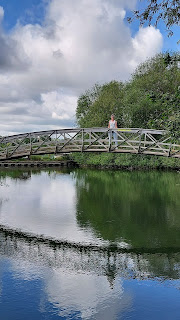 We left the river and did a loop around the town, taking in the sights. 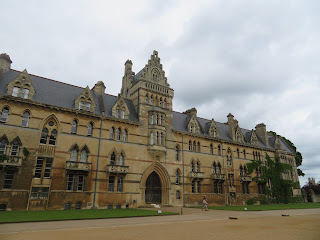 The students were having a big boating event on the river and they had shut the paths along the river, so we did quite a detour and eventually got back to the station. 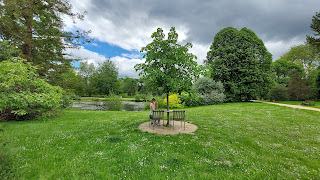 Back home and tired again so I had another nap. I hope that this isn't going to become a regular event, but yet again too tired to keep my eyes open.