Today we drove to Ikea at Milton Keynes, parked the car and set off for a walk. I can't tell you how impressed I am with the place, and the whole day was lovely, with well tended paths and beautiful rivers and lakes everywhere.

We walked for 23 kilometres, but it was easy walking as there doesn't appear to be a single hill in MK. 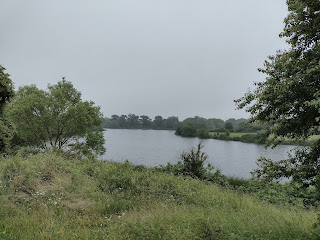 We walked along almost deserted paths, but that might be because it was a very overcast Monday, and the only busy section was through a field of sheep who insisted on walking along the path just in front of us. 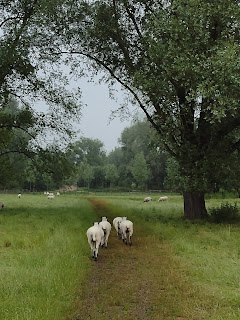 Towards the halfway stage we reached a large lake and followed the waters edge and reached the Peace Pagoda. MK is a very modern town and the Pagoda dates back to 1980, and apparently there are 1,000 flowering cherry trees around it that were donated by Japan. On the other side of the lake we found a big wheel, a toilet (whew) and then a pub where we stopped for a coffee.

Nice route back along the Grand Union canal in the rain, 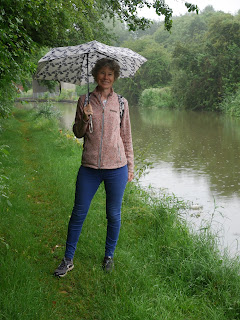 then through a housing estate with a lake and fountain, and on along another river towards Ikea. 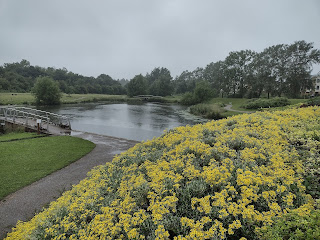 A bit of shopping then including some cacti and a giant pack of Daim bars for the journey home. I have never tried these before, although I have seen them in the shop many times. Absolutely fabulous, I can't stop eating them.