Today we cycled to Rousham Gardens to look around and have a picnic. I heard about it because Monty Don included it in his 'Around the world in 80 gardens', so I was hoping that it would be good.

First impressions were amazing as we cycled down a gravel path towards the house. 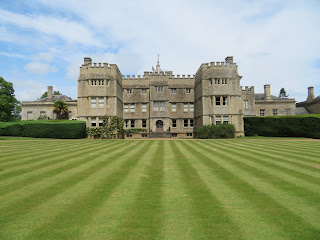 The house isn't open to the public and there is no shop or tea room, and an honesty ticket purchase at the gate. Monty likes it here so much because the gardens were laid out in the early 1700's and have remained almost the same ever since.

In hindsight, we saw the grassy areas, the river and ponds first which was really only a build up to the best bits. 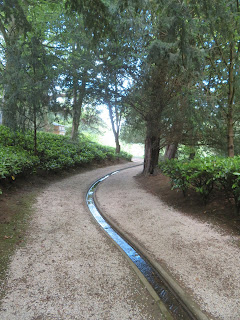 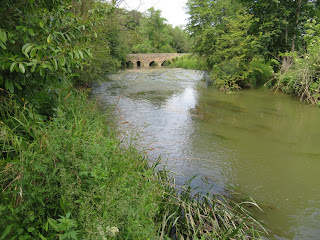 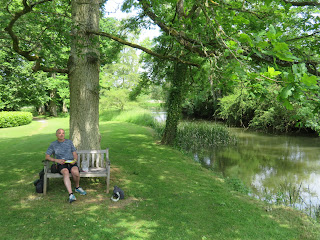 After our picnic we walked along the river to see a 'classic seat' which was really only a slightly tatty bench, and we were starting to think that Monty was making a bad mistake, but then we opened a door into the wall garden. A magical place awaited us. 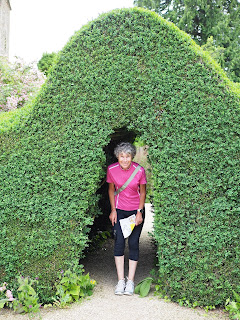 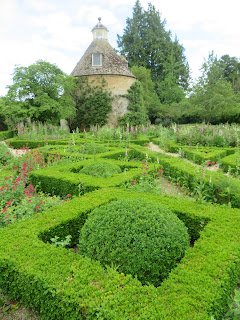 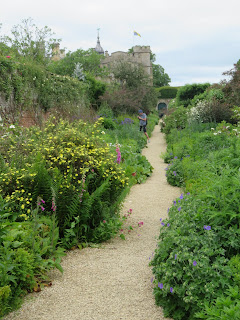 And on the way out we had a very close view of the long horned cattle in a nearby field. 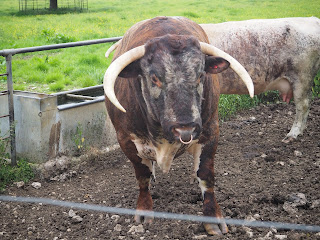