We bought an annual ticket to Blenheim Palace, so keen to make the most of it, we went again today. This time on our bikes and for some reason I assumed that we were going straight there, but Darren who is in charge of directions, decided to take the scenic route.

I had already been out for a run so was flagging a bit towards the end, but we got there and it was a perfect day. 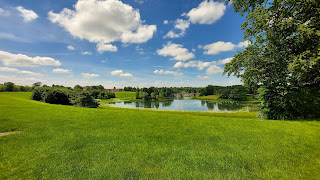 This time we had tickets to get in to the Palace, but the queue was a bit slow. 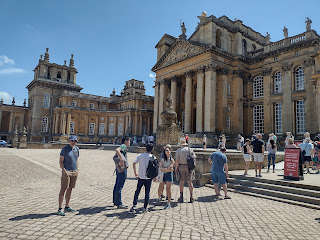 Lots of huge ornate rooms to see inside including one with a two storey library and massive organ. 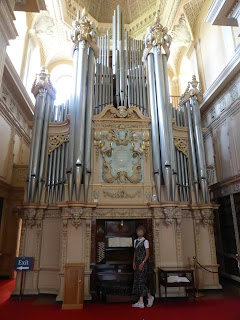 We then went on a longer than expected stomp around the grounds. Unfortunately I had the map and we went in completely the wrong direction, and took ages to get back to the bikes. 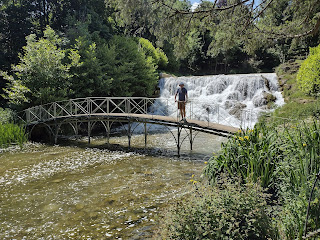 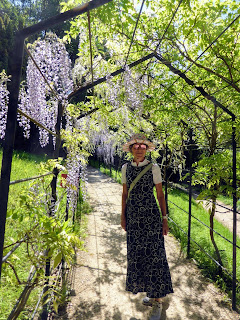 It all worked out well in the end and we had a lovely afternoon tea with a glass of prosecco before heading home on the direct route. 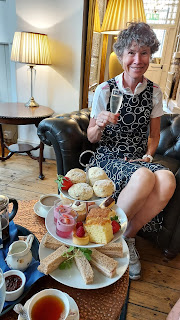 Ps, wish I had seen my hair before this photo was taken. Cakes look good though.