A tale of two parkruns

We have been doing a bit of parkrun tourism lately, and I think that we have visited nine different parkruns in the last ten weeks.

I don't have many photos of the rest of them, but the latest two are both on the record.

Last Saturday we went to Pomphrey Hill near to Bristol, and they had a photographer who took some pictures on the course of the final sprint. By chance I was in fighting mood and had secretly decided that I was going to beat a lady who looked a similar age to me. I caught her up and overtook her on the last hill, and then charged the final half mile to the finish. Rounding a corner and seeing the finish line I heard footsteps close behind. 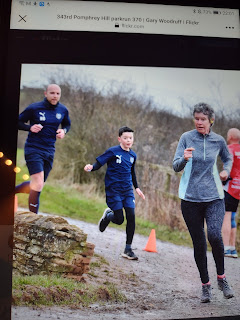 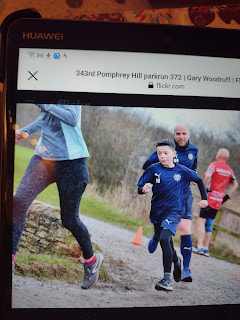 There was no way I was going to let anyone overtake me and I sprinted full speed for the line. It was very close but I beat the little boy, and then his dad said that he thought that I would let him win. I just smiled politely and thought 'no way'.

This morning we got up early and caught the train to Oxford to do the University Parks parkrun. 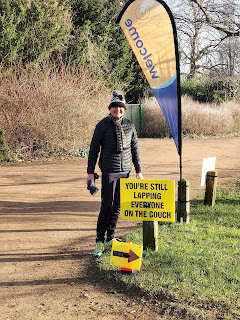 This one was full of hundreds of super fit students along a beautiful route in a park. Over 400 people took part and I finished a hard won 227th. 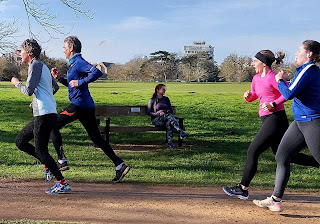 Daz took this action shot on the final straight. Unfortunately the guy in blue overtook me in the last 100 metres but I managed to stay ahead of the two girls.