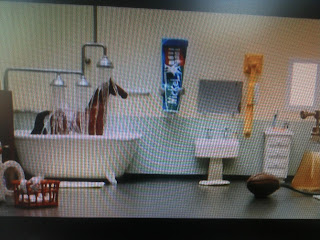 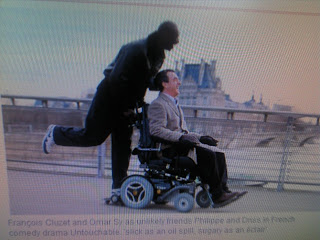 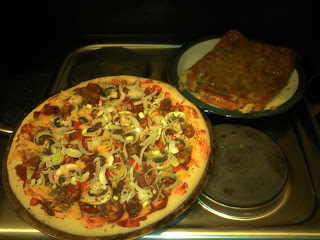 I really, really must try harder to learn French as I have just watched two French films and they were the best ones I have seen all year.
Both had subtitles and we watched them to try to improve my language skills, but they turned out to be brilliant.
Firstly 'A town called Panic' which was a crazy cartoon starring a talking horse. Not helpful for learning the language as all of the characters spoke really fast and were using helium balloons, I think.
Secondly we went to see 'Untouchable' at the Broadway. It sounds a depressing story of an invalid hiring a reluctant helper, but I laughed out loud all through it - only criticism - it could have gone on for longer! Who would have expected me to ever say that?
Finally, I have become an aspiring Mary Berry and made a caramel and banana shortcrust tart.
Never made pastry before  and my tiny mixer just created a huge flour cloud so I did it by hand. Never made caramel either and for ages the sugar wouldn't melt. Threw the first lot away and tried again, still nothing happened so in the end I just left it on the heat and watched the telly and thought if the pan got burnt I could always throw it away, but eventually it worked.
It's at the back of the photo of the pizza, as although it tasted lovely, it wasn't much of a looker.
Posted by Christine at 04:44