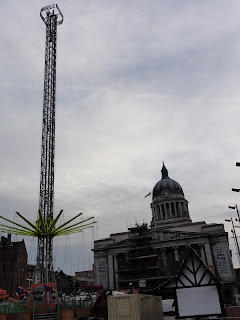 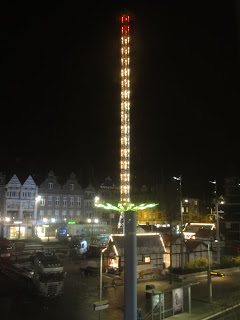 Got back from cycling yesterday and this giant metal thing had appeared as if by magic.
We had seen huge articulated lorries with meccano pieces on them waiting to be unloaded. I remarked to Darren that they were going to make a big wheel, but he pointed out that a lot of the pieces were long and straight, so he said maybe they were going to make a big square.
I suppose he was slightly more correct than me.
One thing is for sure though, and it's that I am not going to try it out.