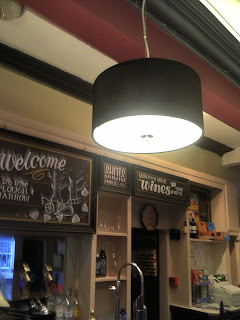 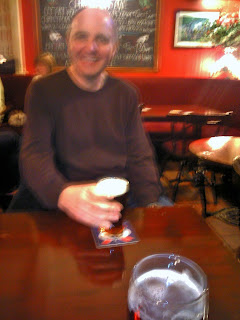 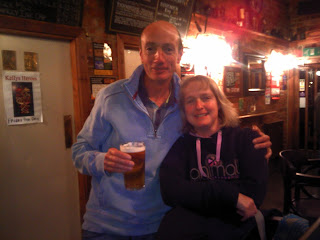 Margs and Dave are here for the weekend and we have been out for a pub crawl on the tram route.
Started at a the Fox and Crown in Basford and had a Thai lunch and then went up to a crazy place in Hucknall that had no customers, no furniture but surprisingly had the lampshades that M and D want in their new lounge.
We then found the William Peveral in Bulwell, which was a Wetherspoons and a bit boring.
On to Hyson Green and tried the Horse and Groom and The Lion. Both were great real ales places with a lovely atmosphere.
The Frog and Onion lost out as they had no beers on and no food. They said we turned up at the wrong time, which is strange for a Saturday night!
Followed up with The Gooseberry Bush, Langtry's and the burger bar.
Stopped raining at last at about 9pm.
Posted by Christine at 13:35