Excellent squash - and I won the raffle! 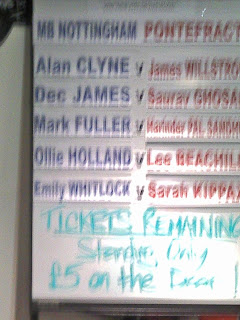 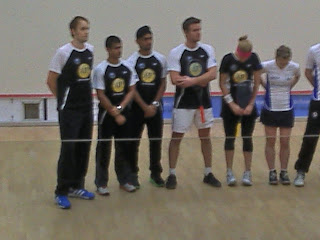 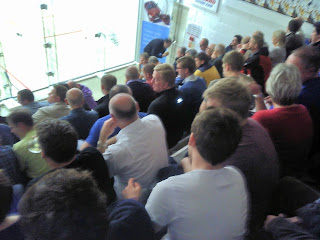 Just sitting at home calming down after an amazing squash night out. The club was packed solid with cheerful supporters all cheering MB Nottingham on.
Unfortunately we lost 5-0 to Pontefract, but they put out a team including the world number one, James Willstrop, ex world number one Lee Beachill, and the current Indian number one, Saurav Ghosal.
Our brilliant youngsters fought really well, but all succumbed in the end.
Last up was our new player, Scottish number one Alan Clyne. Really worried for him as I thought he would be totally outclassed, but he nearly won his match against Willstrop. He leapt, jumped and threw himself all over the court and must be the new home crowd favourite.
Finally, the only home win of the night - I won two bottles of wine in the raffle.
Posted by Christine at 15:29