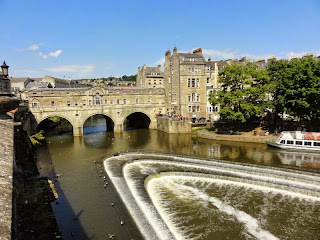 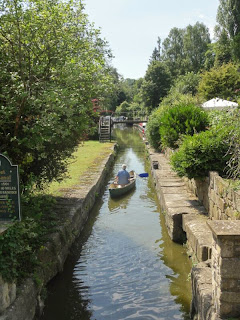 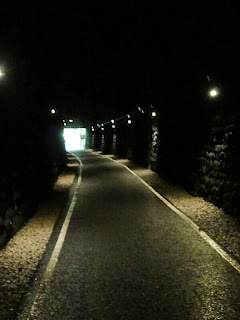 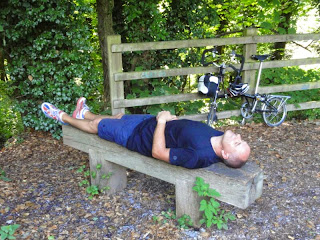 Fantastic day for a bike ride so we set off on a round trip taking in Bradford on Avon, Bath, Saltford and Frome.
We mostly followed a Sustrans route, but for the first 30 kilometres there were hardly any signposts so we kept getting lost, Fortunately, we then got on a canal towpath and it got a lot easier.
Bath was beautiful in the sunshine, and we followed a disused railway line up to our pub lunch stop.
Feeling refreshed, we then got on to the Two Tunnels Greenway which took us through two enormous tunnels.
One was about 400 metres and the other was over a mile long. They were well lit and freezing cold, it was like driving through an endless fridge freezer.  Strangely, the longest tunnel had an audio-visual art installation in it that was made up of different coloured lights and what sounded like classical guitar music. The music only played as you went past the lights, so it was impossible to makeout a tune.  Very eerie.
We ended up cycling just over 100 kilometres,  which was too far really, so Daz had a quick nap around the 80 k mark.