Tenby and a broken spoke 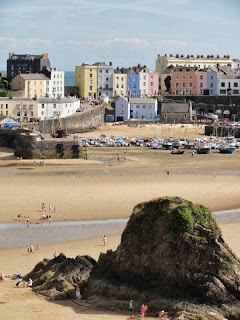 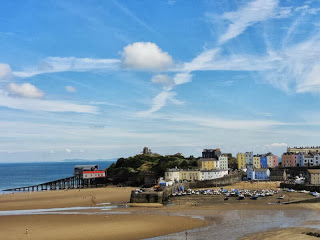 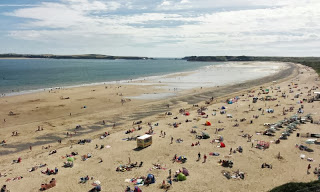 Changed campsites today to a tiny place called Freshwater East. The site is nestled just behind the beach in a little wood at the bottom of an enormous hill. Annoyingly, there is no Internet or phone signal so you won't read this until tomorrow.
We set off for an afternoon trip to Tenby on our bikes. The route there was up on a ridgeway, but quite a few dips and troughs as well.
Tenby was packed and great to wander around as the council have banned cars from the city centre for the whole of August.
Cycling back along the coastal road when suddenly my bike made a loud ping and a spoke broke. Hope it's not because I weigh too much.
Darren had to leave me sitting outside a pub drinking cider and eating peanuts while he cycled back on his own, and then brought the van out to pick me up.