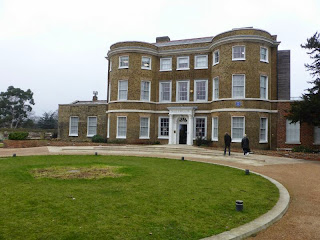 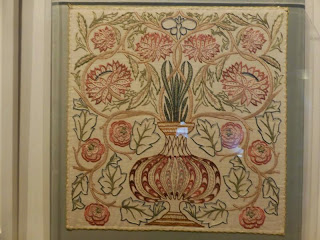 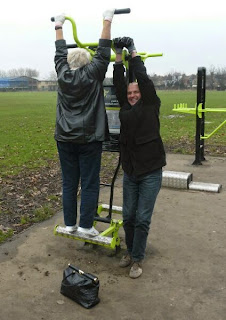 We are currently staying in East London and today we went to the William Morris Gallery to find out more about this famous Victorian.
He was born in 1834 into a very wealthy family in Walthamstow, and spent most of his childhood in a mansion called Water House.
He became a textile designer, poet, translator and social activist. His designs were very modern and avant garde for the time and he became very successful, with his wallpaper and fabrics still popular today.
His behaviour was often erratic, he had a wild temper, but he lived by the ethos - 'have nothing in your home that you do not know to be useful, or believe to be beautiful'.
I know the phrase well and it is a very useful test for us before we buy anything for our tiny campervan, so it was really nice to find out where it originated.
We also walked around the park that surrounds the house. If he was alive today I don't know what Mr Morris would have have made of Darren and his mum working out in what used to be his back garden.