Final day in the Isle of Man 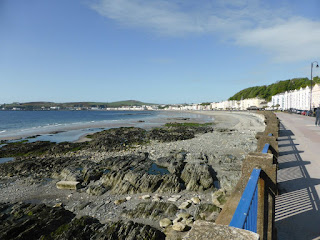 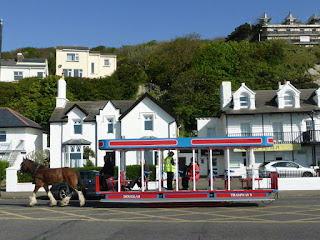 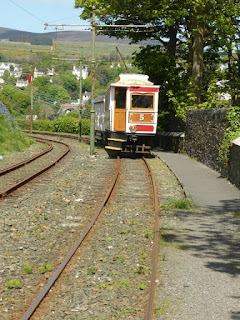 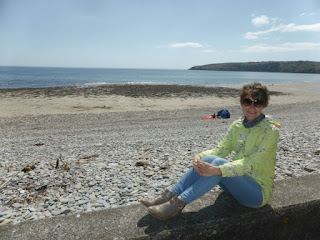 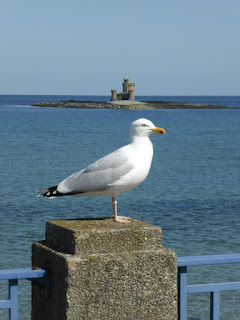 Last night we parked at the end of the seafront in Douglas, the capital of the Isle of Man. We awoke this morning to a beautiful view of the seafront and Daz went for a 5k run to the harbour and back.
Right behind us was the tram station with both horse drawn and electric versions,and the cute horses trotted loudly past our van. We bought tickets to the top of the Snaefell mountain on the electric tram.
It was a lovely journey along the coast and then up to the highest point on the island. On a clear day it is possible to see England, Scotland, Wales and Northern Ireland from the top, but although it was sunny, the haze stopped us from seeing any of them.
After that we caught the tram down to Laxey seafront where I ate the biggest portion of bread and butter pudding in the world.
We rounded the day off with a trip round Douglas town including a view of the castle in the bay, and then caught the late ferry to Belfast.
We didn't arrive until 2am as the ship's landing gear broke so we couldn't get off until it was mended. Not sure as to what to do at such a late hour, we managed to find a car park on the docks where we spent the night.