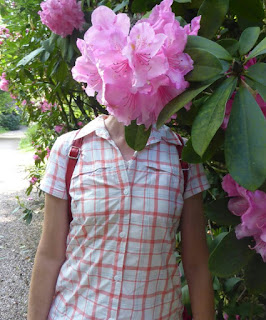 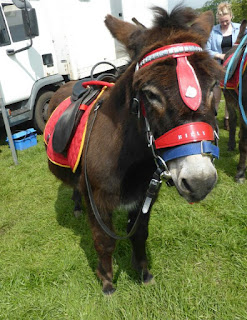 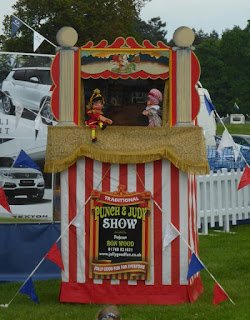 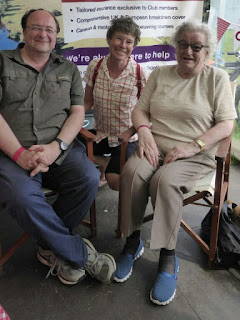 We are staying in the beautiful Weston Park that was designed by the famous landscape architect Capability Brown. I can't imagine what he would think of the sight of hundreds of caravans parked on his glorious rolling acres, but it looks rather lovely to me.
We found a bit of time today to look around the Park, and in particular the woodland rhododendron walk. The flowers were at their best and very large.
We also checked out the activities at the Caravan Club and I wanted to take a donkey ride but I was both too heavy and too old.
The Punch and Judy show was a surprise as I didn't know that they still existed, but it did seem a bit rubbish.
I also had a good chat with two competitors from the television programme called 'Caravanner of the Year' . I don't know their names but it was a guy and his mum who were very friendly. They were knocked out in the first week, but turned up anyway for the final, just in case anyone had to drop out. Unfortunately for them, no one did.