We have now had lots of things delivered to the plot, so I was quite calm about the joist delivery.
It was only the ceiling of the ground floor and the flooring for the first floor, so some heavy things, but not too bad.
The large arctic arrived and the problem became clear - no lifting gear. We thought he had it, and he thought that we did.
There was no way that I was going to let him leave before we had our stuff, as I told him in no uncertain terms.
I left Darren and Trevor to start to manually lift off the joists while I set off around the site to try to find a man, any man, with a forklift.
After a few minutes searching I phoned the manager of the on site builders and told him about our emergency.
He wasn't happy about it, but within ten minutes he turned up with a workman on a forklift. By this time Darren and Trevor had unloaded most of the joists but the big issue was the heavy floor boards.
The forklift guy took them off in one manoeuvre and lifted them up on to our loading bay.
Disaster averted and I gratefully handed him a £20 tip. All's well that ends well, but I don't know yet what I am going to do when the next storey arrives. At least I have a couple of weeks to think about it. 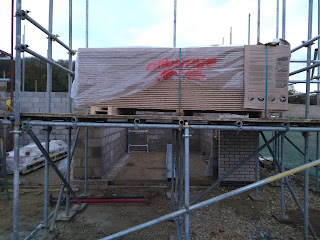 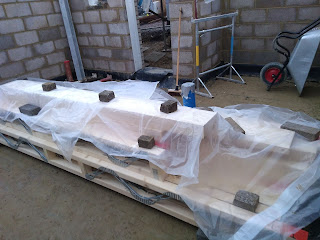 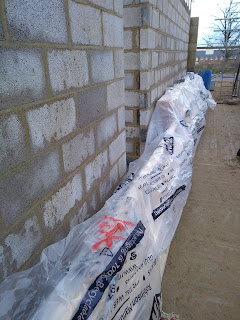