We have a few small jobs today.
After lots of rain, Darren has fitted temporary windows to the staircase as water was being blown into the house. 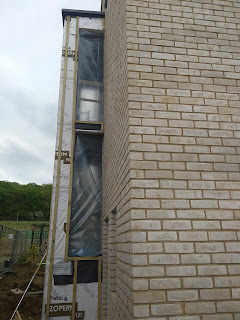 We also built the tower right to the top of the staircase and Darren bravely climbed it to put in some extra battens that couldn't be done until the scaffolding was taken down. 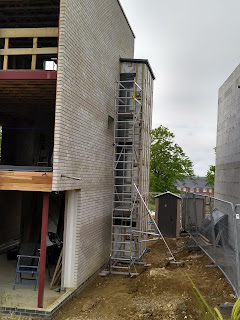 I did a lot of tidying up and then started to dig a channel for an unexpected extra drainpipe. 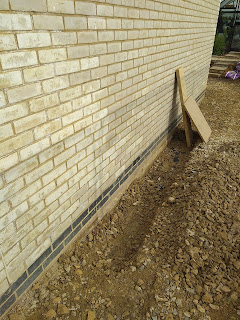 Quite a lot still to do. I also planted a little sweetcorn plot in the front garden. 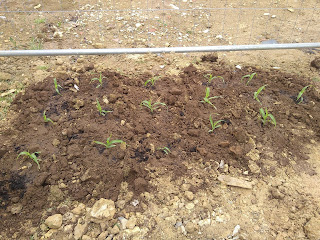 They were originally destined for Darren's mum's allotment, but are stuck with us instead.
Posted by Christine at 12:06