Today we caught the bus for a trip around Chinatown  It was very busy and the streets were full of colourful shop houses with even more brightly coloured stalls in front of them. 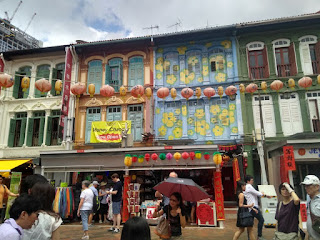 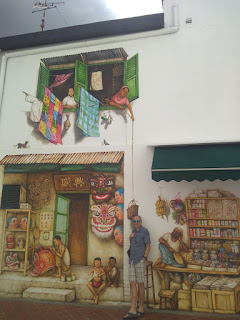 We went round a golden temple with monks at the front calling out an endless list of words at high speed from a book.
Behind them were rows of people who had copies of the book and were trying their best, and mostly failing to to recite along with them.
There was also a few younger monks sitting around trying not to yawn so I think that they had been busy for hours.
Our final stop was an expensive looking 50 storey block of flats. I had read that it was possible to pay to go up on to the roof to admire the views. Eventually we found a very grumpy concierge hidden away in a cupboard and he gave us a pass for the gate.
It was well worth it and we enjoyed some great views until a storm headed our way and we had to retreat. 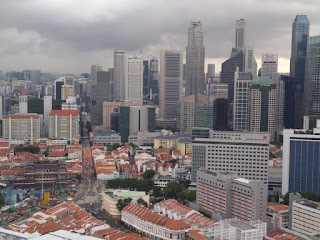 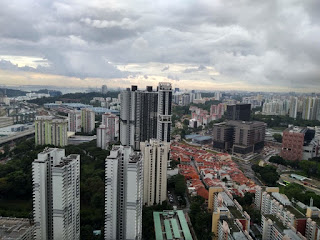