I hadn't quite forgotten how poor some Thai daytrips could be, but this outing brought all of the memories flooding back!
It had it all, long unexpected waits, overcrowding, unhelpful or overworked staff who don't explain what is going on and lots of diesel fumes!
However  the other passengers were really nice and we did see almost everything that was advertised. 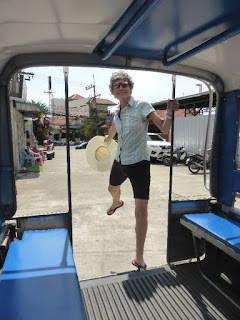 We were the first people to be picked up in the van  and nearly an hour later we passed by our hotel on the way to the pier.
However oonce on the it was boat was big and the views were great. 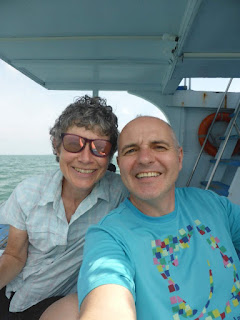 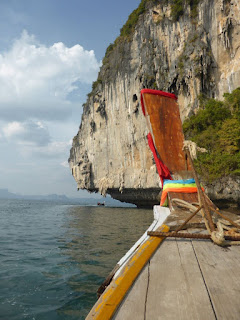 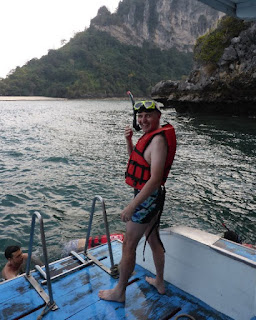 We sailed under the base of some amazing islands. Daz also joined in with the snorkeling, both in the daylight to look at fish  and in the dark to see a small amount of phosphorescent plancton.
Good sunset too. 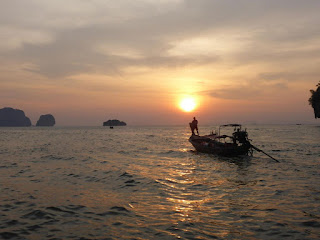