Lost in the snow

Today we caught the bus to Montroc to follow another of Hetty's routes.
All went well as we stepped off the bus and walked past the train station, but then I thought that we should go up to a place called Col de Montet and Hetty didn't. Guess who was right?
We climbed a monster mountain and ended up crawling over the snow, while Hetty's route was along the Balcon du Sud, which is where I wanted us to be. 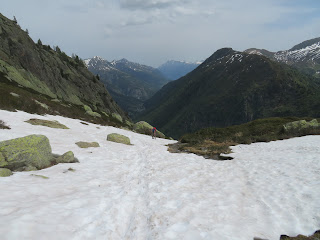 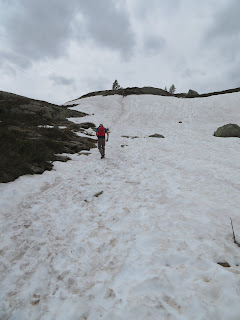 I was starting to get in a bit of a panic and wondered about turning back, but suddenly over the top of the mountain appeared two runners in shorts and teeshirts who shot past us and shouted 'bonjour'.
I was very relieved and thought that if they had made it through then so could we. 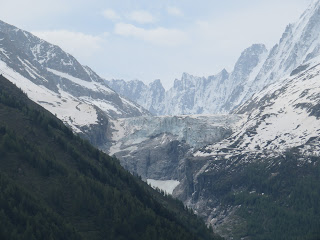 The views were absolutely spectacular and we finally joined up with Hetty's route, only to immediately leave it again. 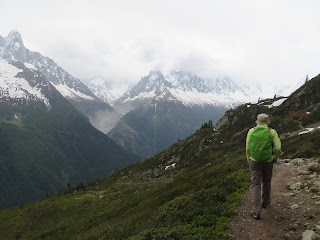 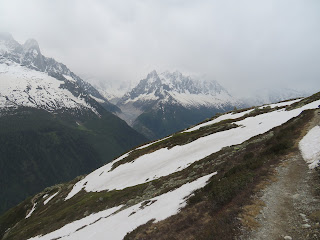 We walked across the top of the mountains and then to get back down into the valley we followed a road used by construction vehicles who were putting in a new ski lift.
It was extremely steep and made of very rough gravel, and it was impossible to walkdiwn. We had to jog because my legs couldn't stop so it only took about half an hour. My legs are very upset with this treatment, my toes are blistered and my hips ache, but I am already planning tomorrow's outing so it can't have been that bad.