Up to the Mer de Glacé

Today we hiked along a path up to the Mer de Glacé. Nearly everyone else catches the little train, but it was pretty expensive and not really very far. 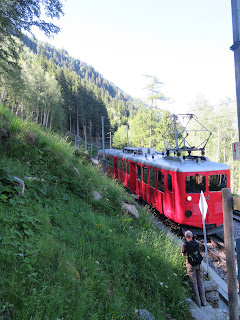 Mer de Glacé means Sea of Ice and once at the top we were disappointed to find that so much of the glacier has melted that now it looks like a deep hole instead. 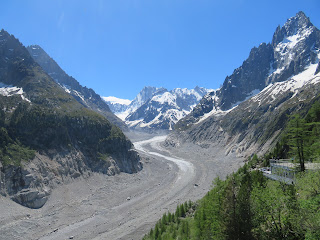 In 1890 the glacier came right to the top of the valley and level with the train station. Now there is a cable car down into the valley that used to reach the ice. But since that was built the ice has retreated so much that there is now a metal staircase that has 500 steps down to the ice.
We hiked all of the way down and into an ice cave that they rebuild every year. 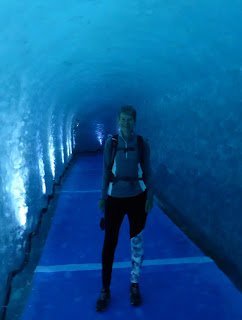 Back up into the sunshine and then we followed a path down the side of the glacier. 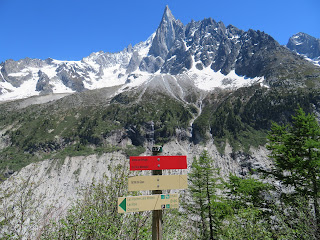 It was strewn with gigantic boulders and we had to pick our way between them. 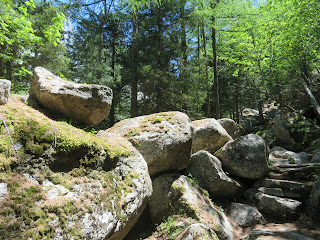 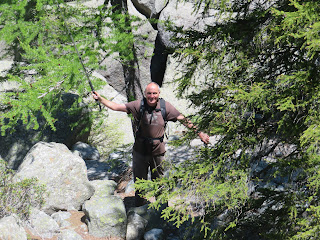 About half way down we came to a tiny cafe perched on the edge of the rocks and stopped for a beer in the beautiful setting. 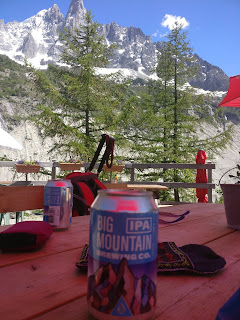