The young mans have arrived

I didn't know what a young man was in relation to the building trade, but two arrived today.
Trevor asked for them, and we managed hoist them up to the top floor, even though they were nearly seven metres long. 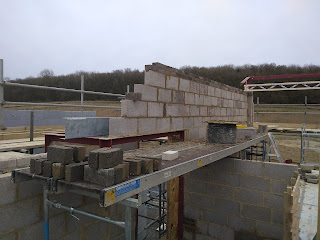 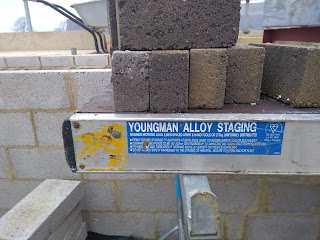 They are actually extra long and strong scaffold boards and Trevor wanted them so that he could build above the staircase.
This afternoon I asked him if two of them are called young mans or young men.
He thought it was a very funny question and said that you say 'youngmun' so the plural is youngmuns.
Well, at least we know now, and I won't embarrass myself again at the builders merchants.
Posted by Christine at 10:10