Sutton Coldfield to Stratford upon Avon

Day three of our cycling trip. This was another almost 70 kilometre epic ride, however,we met a fellow cyclist by a canal who had cycled from Leeds this morning and was hoping to reach Stonehenge tonight, or so he claimed. This rather put our efforts in the shade.

Anyway, we had a great start by cycling along a canal under Spaghetti Junction. 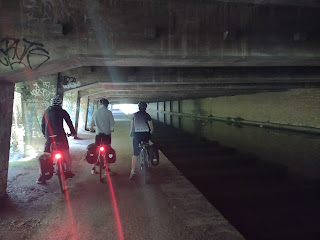 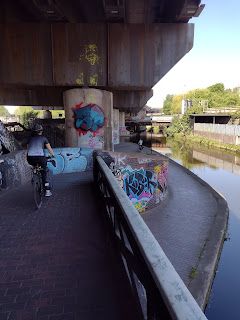 We then joined up with the Birmingham Canal network and headed towards the city centre. The towpaths were immaculate, there was dozens of bridges to navigate and quite a few gates. 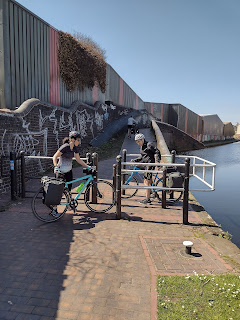 Great historical architectural scenery, topped off with a few modern buildings, and a dusting of excellent graffiti. 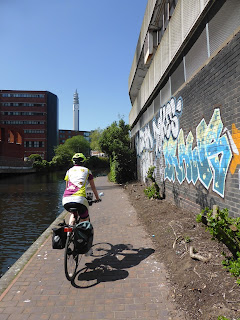 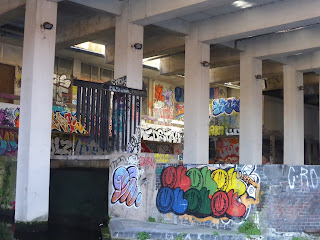 The city centre was spectacular too, this is the library... 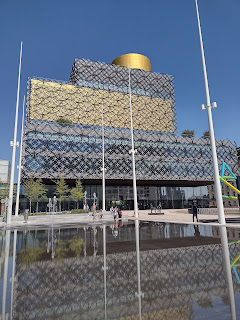 We then followed a route down the middle of the A38 out of town... 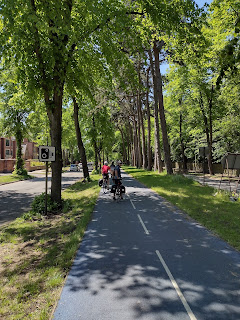 ... and a few problems with a missing coffee shop and the wrong route for a while, before we got back on track.

In the afternoon we cycled over the longest aqueduct in England and watched a canal boat sail along it. 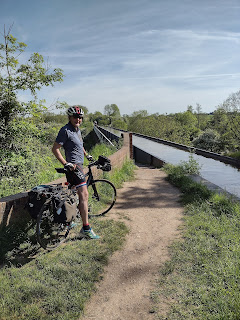 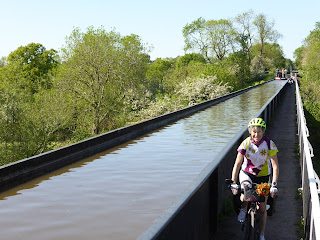 Then along the canal to the hotel in Stratford upon Avon. I managed to fall off my bike on a bumpy bit of towpath, but unfortunately no dramatic looking bruises to show off.