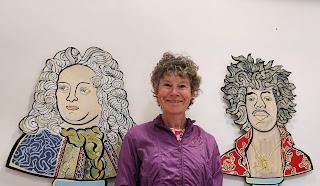 It's a shame that my hair is quite short at the moment, but here I am between Handel and Hendrix. It turns out that they lived next door to each other, but about 250 years apart. For this rather tenuous link they have a joint museum in the original buildings.

We were the only other people there, and we spent the whole time getting lost, although we did eventually find Jimi Hendrix's bedroom, which obviously did not belong to Handel. 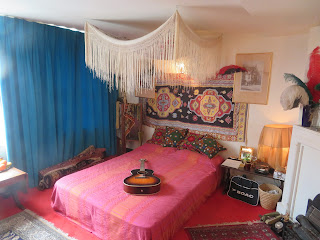 Another very busy day today, starting with the Postal Museum. I was surprised to learn that there is a big network of tunnels running under London that used to transport the post on little trains more quickly than could be done on the roads. Nowadays it takes tourists.... 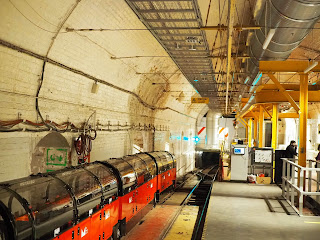 We chugged around for quite a while and stopped at various stations to see the process. Afterwards we found a bit of time to design my own stamp. 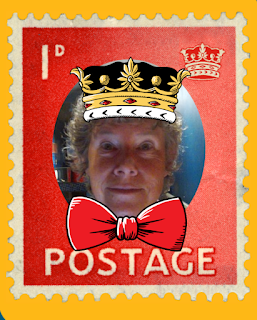 Then we were back on the bikes again for a ride to the Royal Albert Hall. 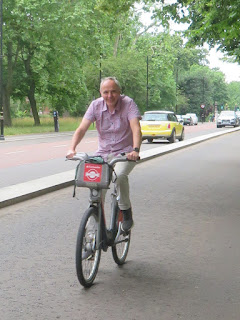 We joined the tour, sat next to the royal box, went into the royal waiting room, and heard all about the thousands of famous people who have appeared there. 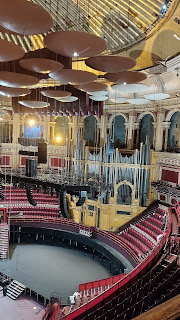 Next up, cocktails for Darren's birthday. 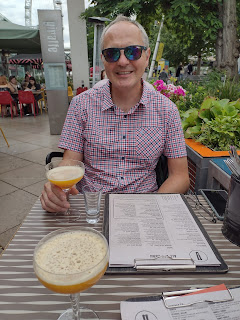 Finally, after three crazy, non stop days of tourist attractions and over 73,000 steps, we reached our final destination - the 72nd floor of the Shard to look at the view. 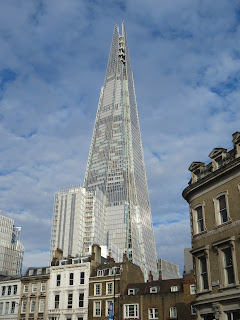 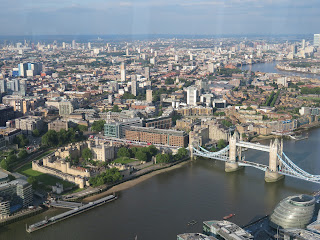 The reason for this craziness? We bought a three day London pass for £75 each, and the full price for the attractions that we visited was about £230.