Saturday was the first parkrun for 70 weeks.

We went to Bicester and just as the race was about to start, a local celebrity called Eric the Swan turned up to join in at the back of the pack.

We all set off in one direction while a volunteer tried to corral Eric away from the action. It wasn't totally successful and he was in the middle of the course at the end of the first lap, so we all had to stay away and do a little detour round him. 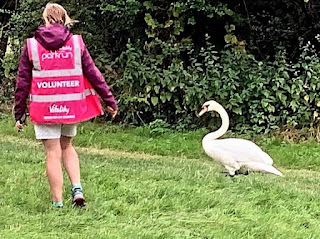 We finished well in quite good times so I am pleased that we haven't lost the knack, but obviously not quick enough for Eric who had totally disappeared by the time we rolled in.

In the evening we went to a party for Darren's cousins delayed 50th birthday, and they had a photo booth. 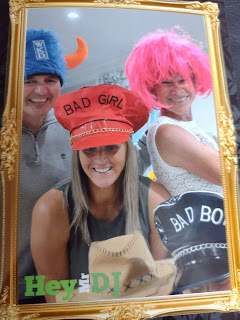 There was a few problems with the photo cropping, so Darren's nephew in law is the bad boy and his great nephew is under the cowboy hat, and totally out of the shot.

This morning we had an appointment with We Buy Any Car, and after a bit of haggling, they bought ours. We got more than we expected so walked away very happy, 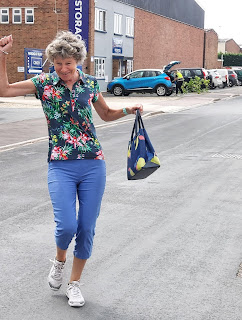 but then had to carry on walking all the way home.