Another bicycle trip across London, this time to the queue to get in to Kensington Palace, and I am sure that we have got it right to book either the first or last tickets of the day. There was about 40 people ahead of us in the queue, but once inside we started with the part of the house where Queen Victoria lived as a child.

It was ok, but nothing special, so we soon overtook everyone else so were first in to the good stuff. 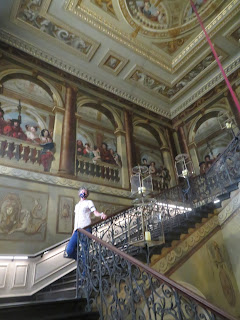 The rooms were very impressive and even better when they were deserted. We wandered around where King George 11 used to live and were very taken with the court outfits. 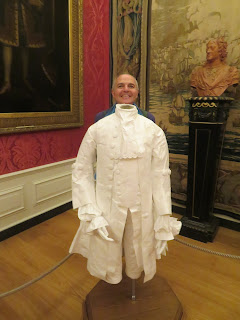 I think that Darren looks very regal in his lovely outfit, but mine is far more problematic. 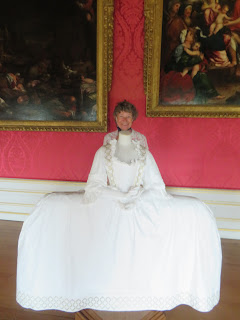 A friendly guide came over to chat to us, and unfortunately I am going to remember her explanation about how you have to shuffle through doors sideways, and the issues of going to the toilet in the dress far better than which king or queen lived here and when.

Currently on display is Princess Diana's wedding dress with it's huge train. 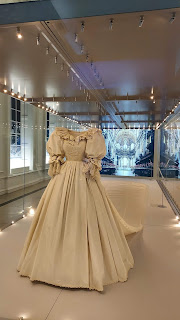 And her new statue is in the sunken garden. The public aren't allowed very near to it and the closest view is of the back. 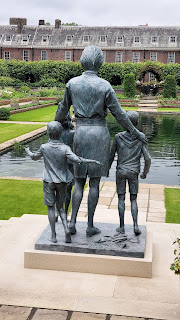 That's fine though because although the garden is lovely, I don't really like the statue from the front, although the back isn't great either.

Moving on, we caught an Uber boat along the Thames for a very nice ride to Greenwich. 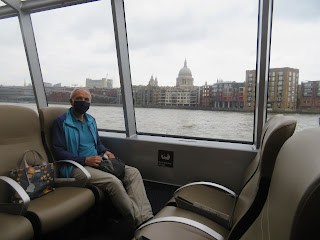 Right on the dockside was the tea clipper Cutty Sark. We had an excellent trip around it and the most amazing fact is that it was still sailing with cargo in 1922 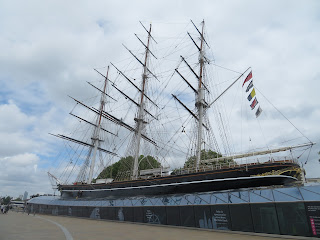 The cafe is right underneath the hull and we stopped there for a break. Pleased that it didn't fall on our heads, we carried on. 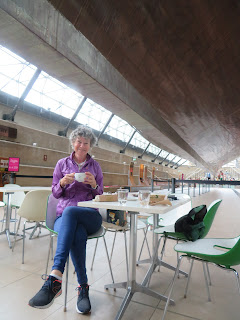 Up the hill behind the ship and to the Royal Observatory. Here we learnt about how sailors calculated l their location when they were out of sight of land, saw some huge telescopes and stood on the Meridian Line. 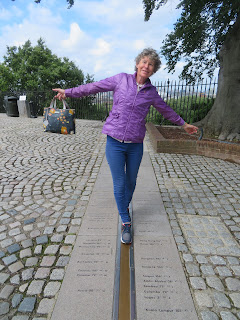